What is an appropriate fitness function for a simulated self-driving car?

I have been working for ages on a neuro-evolution AI program, where cars learn how to race around a track. Presently, I have a rudimentary fitness function that awards points for every degree traveled in the CW direction about the center of the window (removes points in CCW dir) and removes a certain amount of points for every collision that occurs. Cars also lose points for every moment they stay still and/or are colliding with something. My end goal is to create cars that can complete a track full of obstacles, faster than a human controlled car.

Half of the population seems to just spin around.

I have fully implemented my neuro-evolution program. Here's my implementation. However, you'll find that it isn't perfect.

How should I alter my fitness function to generate better driving cars?

Currently, the cars will only turn left or right if the outer sensors are activated. However, if the sensors directly in front are activated, the neural network is configured in such a way that "ignores" this signal. So, the cars crash head-on into obstacles but avoid obstacles in their periphery. I think this is due to the fact that the fitness function (which gives points for the displacement in 3 second time period) is too generous and removes the incentive for cars to avoid obstacles. I've tried altering the punishment for collisions and the reward for driving in the right direction but it still isn't performing the way I would like it to.

Here are some screenshots 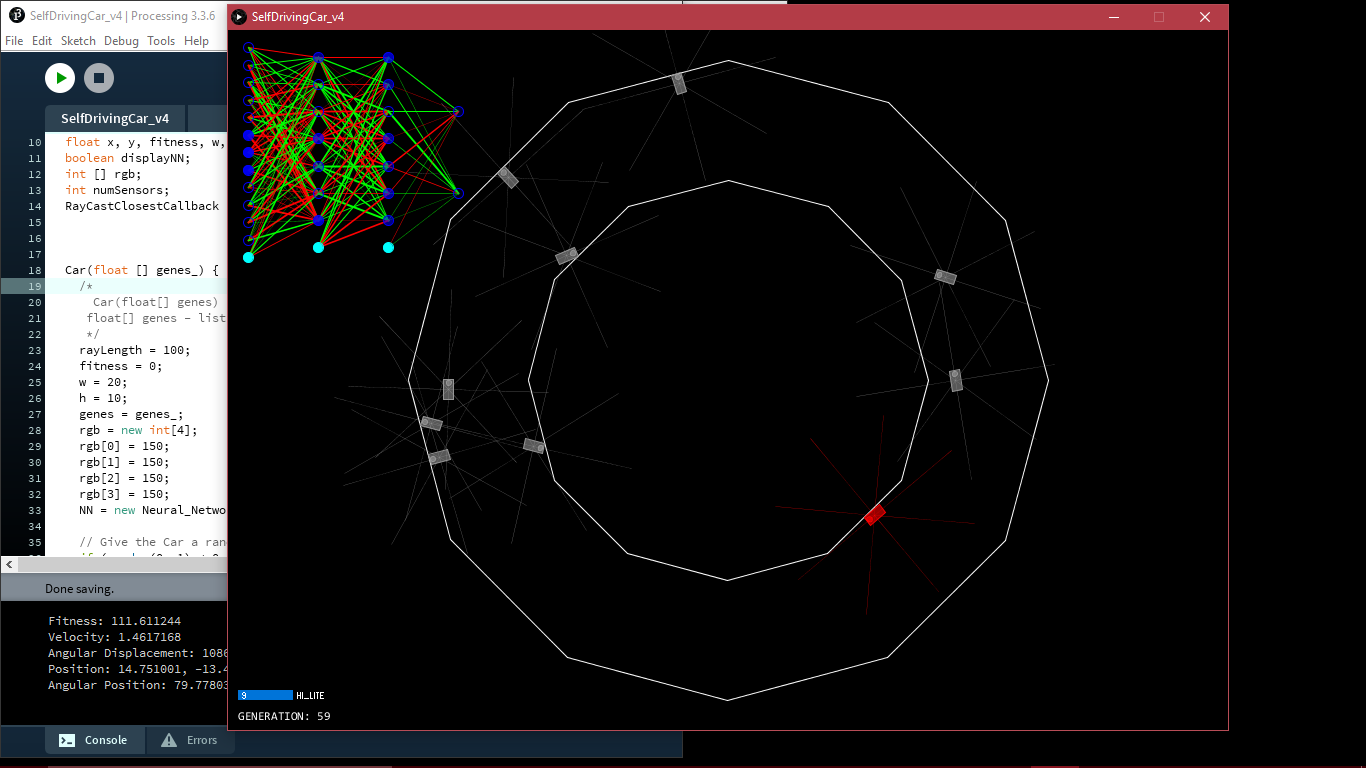 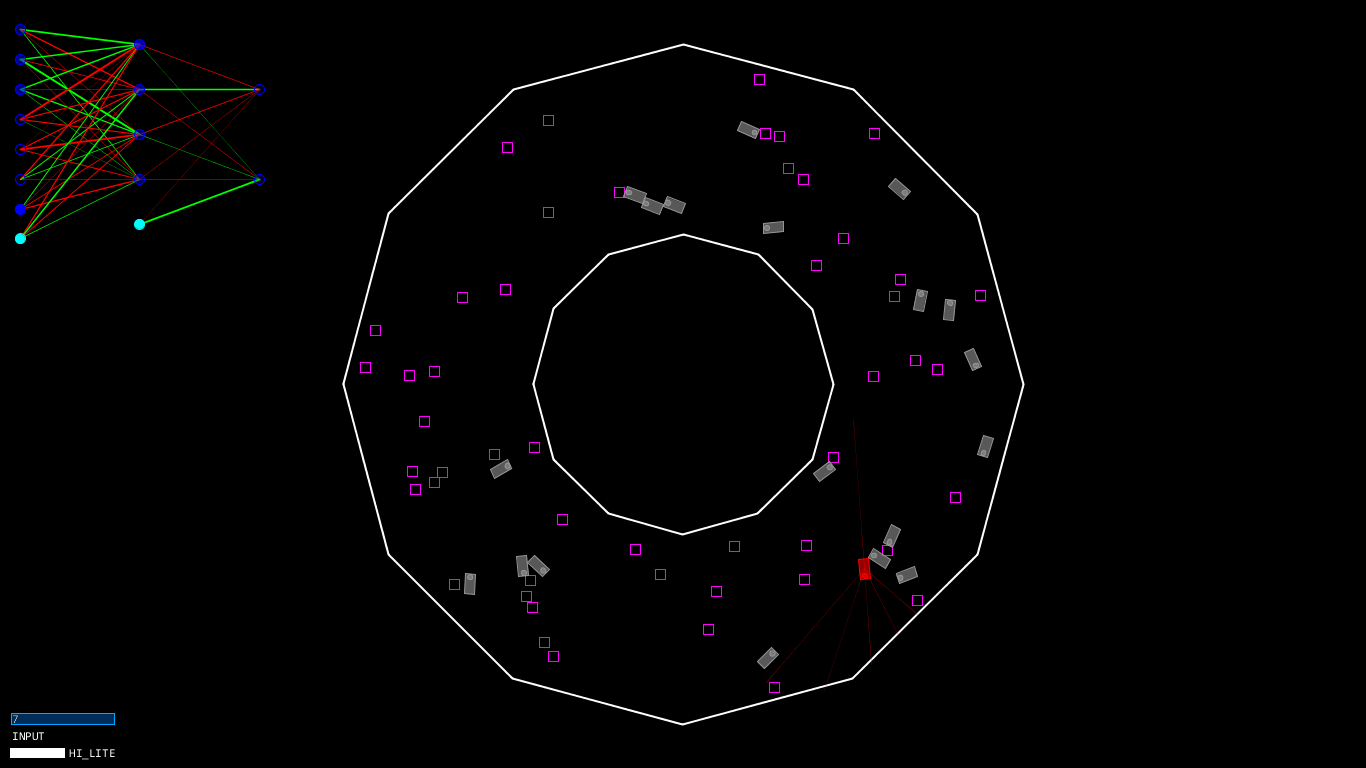 You're correct that it is related to the fitness function, but only indirectly. Recall that a function is the mathematical embodiment of a conceptual relationship. The model is a motion model. Proximity is not simply applying the distance formula $D = \sqrt{(x_2 - x_2)^2 + (y_2 - y_2)^2}$.

Proximity as we "feel it" when driving a car is based on the risks we see in the trajectories of ourselves and the other moving objects along with the stationary objects. Mathematically, this is an integral over time of a distribution of probable locations.

Look for work in the aeronautics industry about collision avoidance. The mathematics and algorithms are well developed for antiaircraft weaponry (where the fitness function is the inverse of the one you want) and air traffic control, where the fitness is like yours except with an altitude dimension.

Not the answer you're looking for? Browse other questions tagged neural-networks machine-learning genetic-algorithms autonomous-vehicles fitness-functions or ask your own question.

96
How could self-driving cars make ethical decisions about who to kill?
16
How does novelty search work?
19
Would Google's self-driving-car stop when it sees somebody with a T-shirt with a stop sign printed on it?
7
What technologies are needed for a self-driving car?
3
Why do self-driving cars use a radar?
4
Problem with fitness calculation in NEAT
4
How do I design a fitness function that weighs the importance of eating food?