Want to improve this question? Add details and clarify the problem by editing this post.

Interested to know if there was any use or interest in activation functions with more than one output value to the next column instead of single firing.

I'm interested to know if this would have any use or would be almost identical to a single value firing. 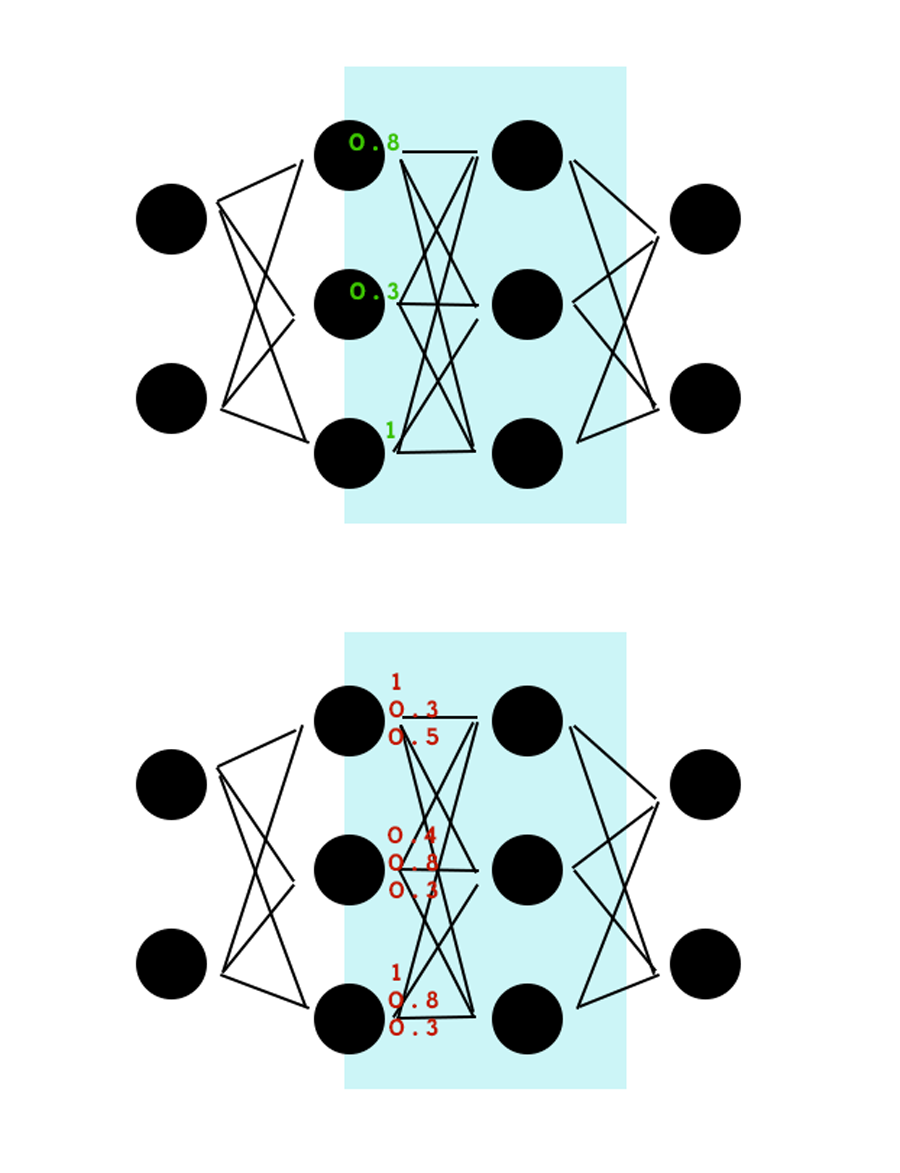 I think this is an interesting approach, but it's hard to tell if it can make better or faster learning networks.

If I understand correctly, this could be looked at as using a function returning a tuple as activation function. The number of elements in the tuple must be equal to the number of neurons in the next layer.

For example you could use an activation function like f(x) = (ReLU(x), sigmoid(x)) if the next layer contains two neurons.

I think the biggest problem is to determine why one value should be passed to exactly THAT neuron and another value to another neuron - why not opposite? This must either be determined randomly or by doing some advanced analysis in beforehand.

Anyway, I think it's an interesting idea which should be tested out, but it's hard to say whether it will give better or worse results before trying it out.

It's not really clear what you are asking here.

If you mean that a neuron in one layer can have connections to many neurons in the next layer, then this is already the standard topology. In fact, it's the only one that's interesting.

So I think the answer to your question is that it would be identical to a "single" firing.

Not the answer you're looking for? Browse other questions tagged neural-networks machine-learning activation-function or ask your own question.