In English, the fringe is (also) defined as the outer, marginal, or extreme part of an area, group, or sphere of activity.

In the context of AI search algorithms, the state (or search) space is usually represented as a graph, where nodes are states and the edges are the connections (or actions) between the corresponding states. If you're performing a tree (or graph) search, then the set of all nodes at the end of all visited paths is called the fringe, frontier or border.

In the picture below, the grey nodes (the lastly visited nodes of each path) form the fringe. 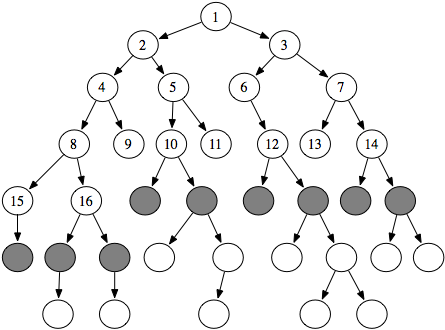 The video Example Route Finding by Peter Norvig also gives some intuition behind this concept.

Not the answer you're looking for? Browse other questions tagged terminology search definitions .