I have a rather basic question about YOLO for bounding box detection.

My understanding is that it effectively associates each anchor box to an 8-dimension output.

During testing, does YOLO take each anchor box and classify on it alone? What happens if the object is big and spans over several anchor boxes (e.g., covering 70% of the image)? How can YOLO classify and detect objects spanning over many anchor boxes?

The example given based on the yolov1 paper:

With this configuration you can detect at most 96 object (SSB -> 7*7*2) and 2 objects per grid cell. (e.g. it's not possible to detect many small object in a few grid cells)

now lets consider what are each feature map of the last tensor used for:

additional there are a feature map for every class. In every cell the following probability is calculated: P(Cass|Object)

edit no Bounding boxes on the image 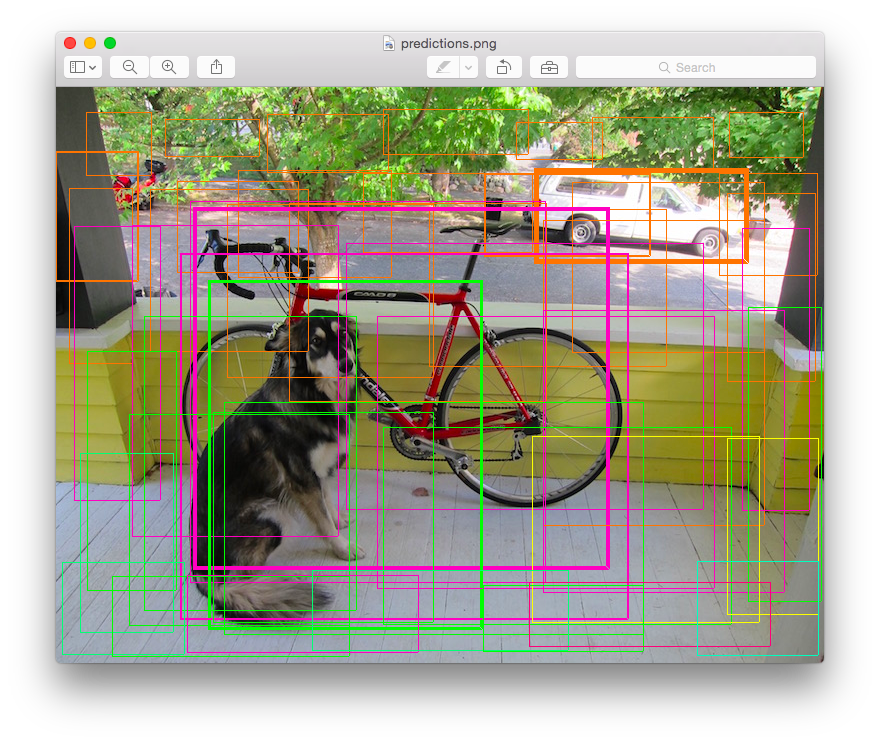 Is adding images without bounding boxes to the training set useful? I think it helps to lower the number of false positive matches. But that is just a guess. I have trained yolo to detect this plant https://en.wikipedia.org/wiki/Rumex_obtusifolius and I added a lot of picture without bouding boxes, becuase a low number of false positive matches was important. The result: the specificity was >99%.

Not the answer you're looking for? Browse other questions tagged convolutional-neural-networks computer-vision object-detection yolo .

9
In YOLO, what exactly do the values associated with each anchor box represent?
5
In YOLO, when is $\mathbb{1}_{i j}^{\mathrm{obj}} = 1$, and what are the ground-truth labels for $x_i$ and $y_i$?
2
How are IOUs for ground truth boxes in YOLO calculated?
2
How can I detect thin objects (like pens and pencils) without a bounding box but only 2 endpoints and the orientation?
6
What's the role of bounding boxes in object detection?
2
How to verify classification model trained on classification dataset on a detection dataset for classification purpose?
1
Why do the object detection networks produce multiple anchor boxes per location?