Is it possible to use a VAE to reconstruct an image starting from an initial image instead of using K.random_normal, as shown in the “sampling” function of this example?

I have used a sample image with the VAE encoder to get z_mean and z_logvar.

I have been given 1000 pixels in an otherwise blank image (with nothing in it).

Now, I want to reconstruct the sample image using the decoder with a given constraint that the 1000 pixels in the otherwise blank image remain the same. The remaining pixels can be reconstructed so they are as close to the initial sample image as possible. In other words, my starting point for the decoder is a blank image with some pixels that don’t change. 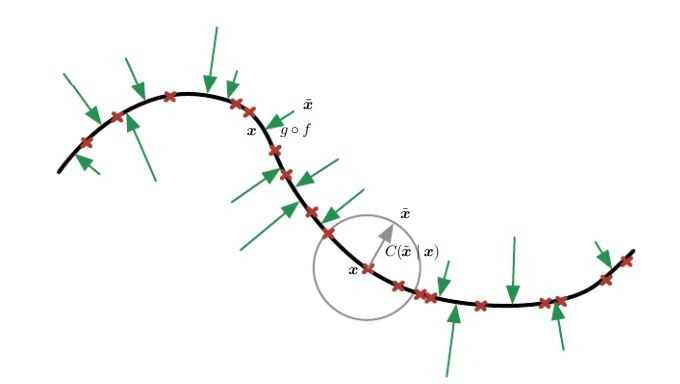 Not the answer you're looking for? Browse other questions tagged neural-networks deep-learning computer-vision variational-autoencoder constrained-optimization or ask your own question.

1
What is the advantage of using a VAE over a deterministic auto-encoder?
3
Why does the variational auto-encoder use the reconstruction loss?
1
Can a variational auto-encoder learn images composed of random noise at each pixel (each drawn from the same distribution)?
1
How does implementation of VAE's objective function equate to ELBO?
7
What are the fundamental differences between VAE and GAN for image generation?
0
Are some low dimensional distributions known to be hard to model with VAEs?
0
For the VAE, should the input, output and latent variable code be random variables?