Who stands a chance against Google in the AI race?

At Google I/O the Google Duplex just came out and now releasing new public self-driving car, Waymo. I can't think of any Tech Giants that can actually compete with Google AI other than Amazon. I'm thinking other companies will team up such as Nvidia, Intel, AMD, and etc. Apple seems to be lacking.

Pretty much any "kid in a garage" so to speak. Nobody knows how to build AI yet and a major breakthrough could come from anywhere. That could knock Google off their perch easily enough.

Don't forget the many Chinese companies heavily investing in AI.
Not only the biggest 3 (Tencent, Alibaba, Baidu) but many others (JD.com, Sina, ...) and also startups (SenseTime, iCarbonX) are very active, in all AI sectors.

They have a couple of advantages for the future:

This is pure speculation on my part, but I also think Amazon only, because Bezos is an engineer/founder, cares about marketshare and utility over profits, almost certainly understands the implications of recent validations of strong-narrow AI, and will invest sufficiently to give Google a run for their money.

(This partly has to do with how successful Bezos has been as an entrepreneur, which is partly a factor of his flexibility.)

I just don't see it happening elsewhere, sans this type of leadership and control. Google, by contrast, is and always has been an "algorithm company" first and foremost, so they are in the lead almost by default.

I will assume that you mean the Strong AI or AGI race? Interesting question, given Google's investment in the technology it seems hard to imagine them giving up the throne at this point.

However, there definitely are some competitors. Some that come to mind are Amazon, OpenAI, Baidu. These companies all have significant resources and have teams dedicated to solving the Strong AI problem.

A DarkDarkhorse in the race would be a team like OpenCog/SingularityNet. They are trying to build strong AI powered by the blockchain(Ben Goertzel). With enough computation and ingenuity though, an individual or small team could do it themselves.

In my own opinion the biggest threats would be Nvidia because of their tight grip on the GPU market; it will be relatively easier for them to catch up with innovative ideas.

Baidu is on the horizon though their research at this point seems to be domain specific, NLP to be precise.

If we talk about Narrow AI, big companies have an evident advantage, as you say. Moreover, because they have the capability of buy small challenging companies.

If we talk about General AI, the chances are equal, the muse will appear when they want to the person they want.

I'm surprised no one has mentioned IBM. They first build DeepBlue and beat the highest ranked chess grandmaster. Then they crushed the Jeopardy champs. Now they are merchandising the variants of Watson.

Google may appear to have a strong advantage over its competition in Narrow AI due to its acquisition of other AI companies such as Boston dynamics. Google also has extremely large data sets that may be analysed computationally to reveal patterns, trends, and associations, especially relating to human behaviour and interactions which is useful as training data when creating AGI. However, achieving the goal of an AGI is far more complex in terms of the amount of research that needs to be done, regardless of how much data you have.

In my opinion, a dedicated research company such as openAI, which works non-for profit, can certainly influence AGI in a positive way and be a very strong contender to Google.

On the other hand, China is pouring billions and billions of dollars into AI at the moment as China is well behind the rest of the world in the AI race. They are however, now employing thousands upon thousands of the greatest, most innovative minds around the world and footing the bill with the aim to gain more momentum in this field, keep up to pace with the rest of the world.

China essentially have a very good chance of winning the AI race just due to the sheer amount of money in grants it is handing out to researchers and startup AI companies.

Who stands a chance against Google in the AI race?

The Google TPU is a GPU sized chip developed for deep learning, it is a matrix processor specialized for neural network work loads.

"The latest-generation Cloud TPU v3 Pods (more than 1,000 individual TPU chips) are liquid-cooled for maximum performance, and each one delivers more than 100 petaFLOPs of computing power. In terms of raw mathematical operations per second, a Cloud TPU v3 Pod is comparable with a top 5 supercomputer worldwide (though it operates at lower numerical precision).". 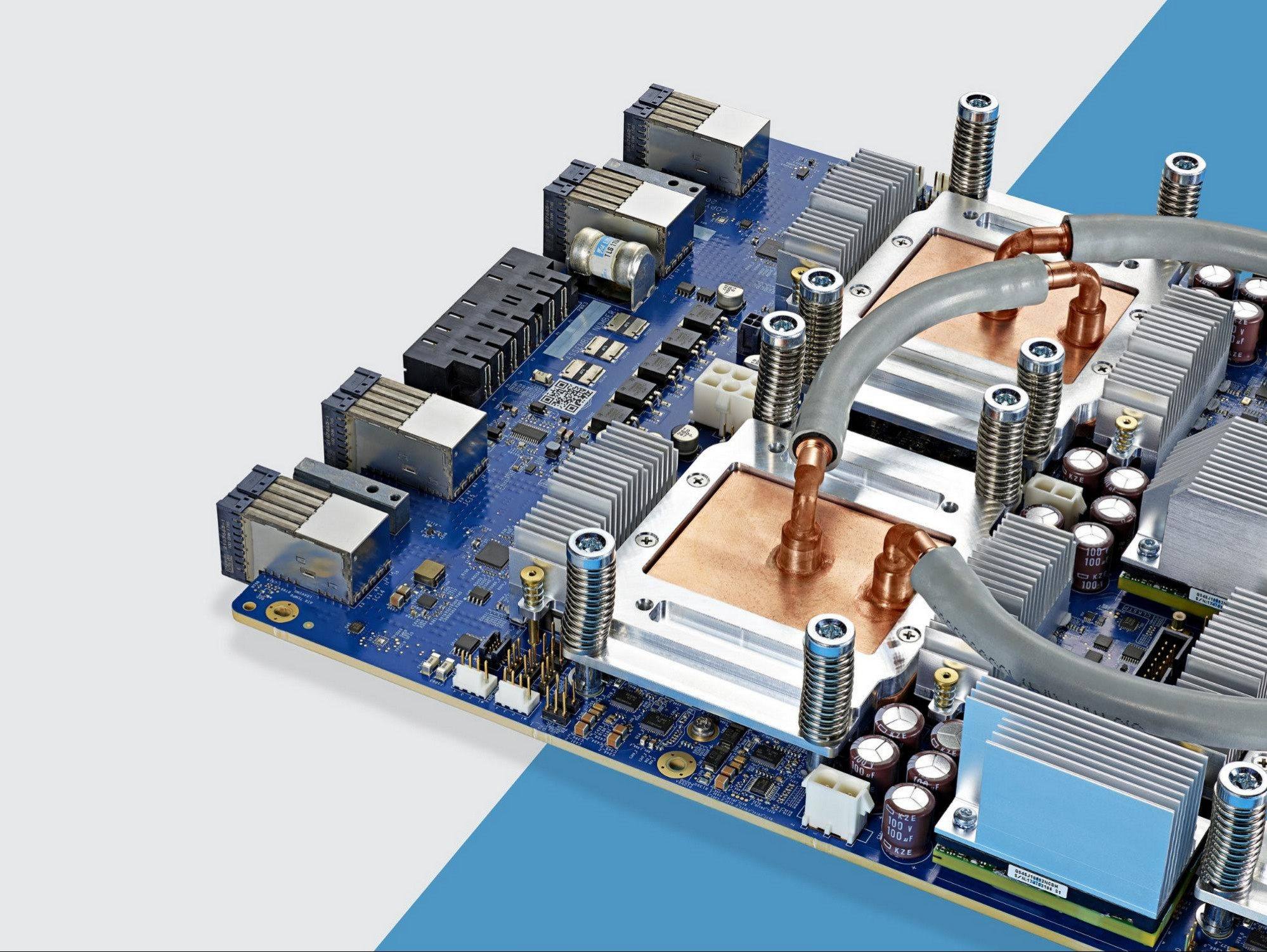 The Cerebras 16nm TSMC wafer sized chip is a whopping 46,225mm² die that consumes 15kW and packs 400,000 cores, it's said to deliver the performance of a farm of a thousand Nvidia GPUs that can take months to assemble while requiring just 2-3% of its space and power.

"The Cerebras device packs 84 tiles in a 7x12 array. Each includes about 4,800 cores geared for AI’s sparse linear algebra with 48 KBytes SRAM each (a total of 18 GB), their sole memory source. 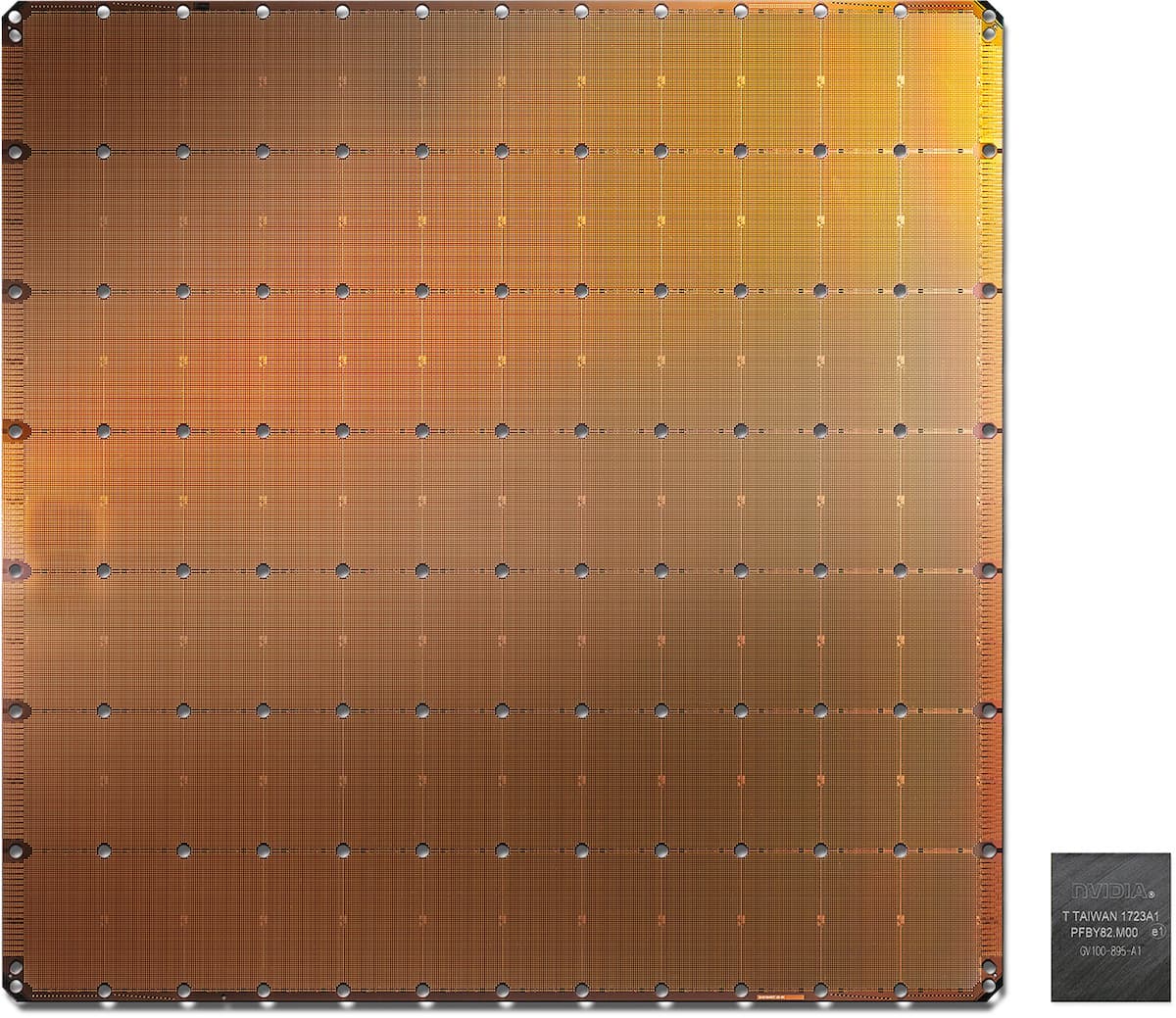 Yes, it's one chip; they don't slice the wafer.

There are many AI 'races' and these will be won by different actors.

What is a winner? 51% of the market? 1st to get a full license in California?

For (level 5?) autonomous cars there may a different 'winner' in China, Russia, Europe, and the US.

The same was said about IBM Research, AT&T's Bell Labs, and MIT's AI Lab. Some of the hundred or so who had been poised to market AI have been beaten. Others have been drawn into military contracts that classify as secret what could have been consumer or business products.

Beyond this, it may be helpful for people that study AI, have it as part of their career path, or have it as a hobby to reject the idea that the development of human mental features in computers is a race. Those who fall into the sink hole that it is might benefit by perusing the history of advanced research and technical product development. Here are just a few of thousands of technology examples where those that won the race to be first to market were not able to maintain their lead position.

Except for Siri, few millennials would know by the company and product brand what the product or service was, but they were all poised to be or actually became first to market. It is difficult to find a first to market product or service that retained dominance over decades. Part of what tempts those to believe that AI would be an exception have fallen pray to the fable that there is such a thing as general intelligence. Refutations of this abstract target are much stronger than any argument that it exists beyond an idealism.

It is also important to understand what happened to Standard Oil, AT&T, and Microsoft. Corporations that operate within a federal jurisdiction are subject to scrutiny and regulation. Rupert Murdoch's Australian media company lodged a complaint that Google behaves monopolistically and should be broken up. Elizabeth Warren, a U.S. presidential candidate for 2020, is calling for a breakup of Apple, Amazon, Google and Facebook. Two seconds ago, a Google search returned search results for "Google breakup" in 0.47 seconds, estimating 57,400,000 matching documents.

From an effective and unbiased research culture point of view, it is important not to deify any particular tech company, research facility, media figure, or writer. It dulls the inventive spirit and dissuades garage-based development labs. That some percentage of those who read what I write, even my popular work, find it irrelevant, absurd, or despicable is something I understand to be absolutely healthy and essential. If a researcher or writer isn't hated by someone, they can't be very innovative or original.

And the symmetric opposite holds true too. One way for a corporation or person to end their effectiveness is to track their work closely what the public finds popular. In research, it is often most effective to travel down paths about which the public is entirely ignorant and the media is entirely silent.

Not the answer you're looking for? Browse other questions tagged ai-community or ask your own question.

7
Why did the openai's gym website close?
0
Guidance for a beginner in the field of AI
1
Industry accepted Certifications in the field of Artificial Intelligence
0
What's the difference between poker with public cards and without them?
1
Would AI not obsessed with winning be better citizens of the world?
5
Are the ideas in the paper “Governance by Glass-Box: Implementing Transparent Moral Bounds for AI Behaviour” novel?