I am writing an MDP based agent that is supposed to learn to place bids and asks in a trading environment. The system requests 2 values (mWh energy and $, both being positive or negative). Every timestep the agent has a certain volume that it has to either buy or sell.

I used the DDPG and NAF agents from keras-rl here but both aren't working for me. I tried a number of reward functions too:

Symptoms: Generally it looks like the system is not learning anything. I am unsure why. How does the reward function have to be structures to incentivize the system to at least move in the correct direction? Especially the reward that told the agent to be close to [0.5, 0.5] by basing the reward simply on the squared difference to this point should have worked in my eyes. 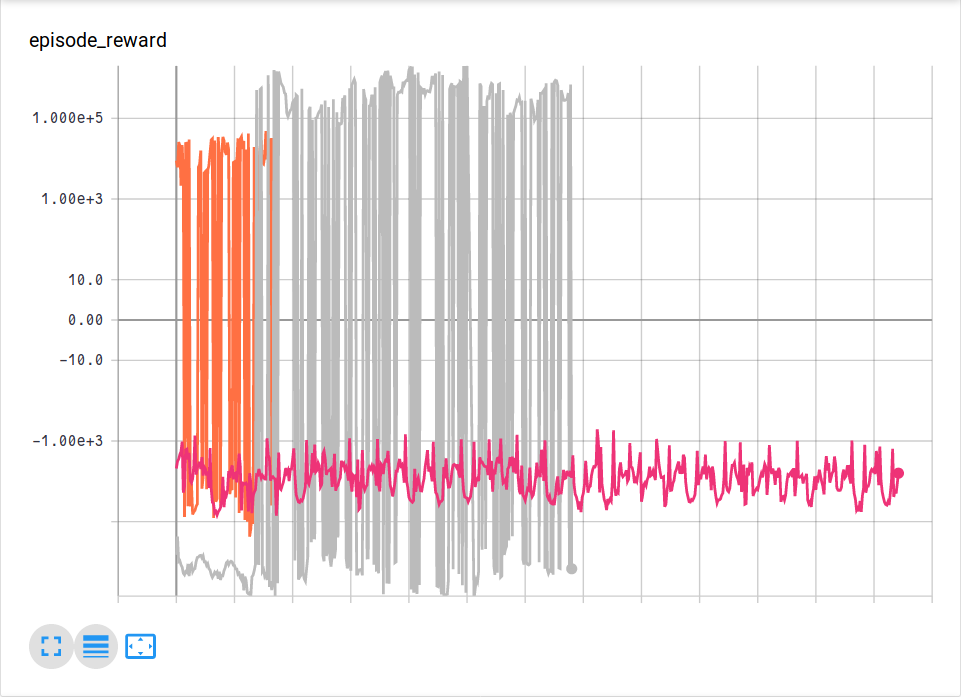 neural-networks q-learning
share|improve this question
asked May 28 '18 at 21:18

Browse other questions tagged neural-networks q-learning or ask your own question.