My question is that is there any general idea on how humans solve jumbled words? I know many people will say we match it against a commonly used words checklist mentally, but it is kind of vague. Is there any theory on this and how might an AI learn to do the same?

I remember a problem similar to this https://vladris.com/puzzles/facebook/puzzle_master/snack/breathalyzer.html this is given as a problem in facebook engineering puzzles.

But i doubt that it is not much of a machine learning/AI problem. you could implement an algorithm that converts each word into a set of its characters , then pick the word in your master list with minimum distance based on its character list .

Even when humans solve jumble we do it in a systematic/algorithmic way , if the jumbled word is not present in our memory we can't do anything otherwise we can solve the jumble.

But human brain can simply recognize scrabled words if some of the structure is retained and not fully scrambled like an anagram .

We generally index words based on the first syllable/character in our brain , like 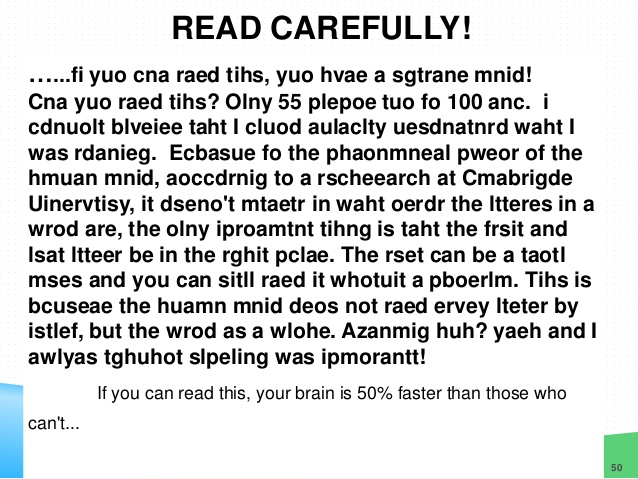 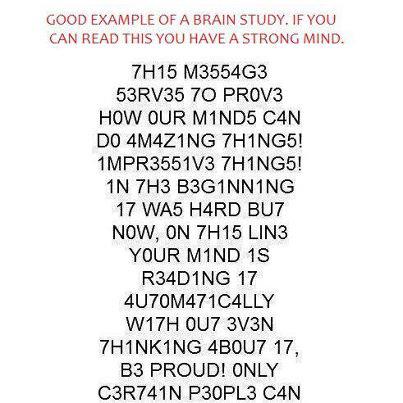 In the second picture we recognised the words even if they are not made of english characters because our brain doesn't scan the text character by character like "7-H " but treats it like an image.

So the model should not immediately classify the segmented characters but should find the "nearest" characters in every class that optimises the combined probability of characters of the word being one of the classes of words we have in our dictionary.

Not the answer you're looking for? Browse other questions tagged natural-language-processing world-knowledge or ask your own question.

6
How to resolve lexical ambiguity in natural language processing?
5
Using ConceptNet5 to find similar systems to solve specific problems?
3
Which model should I use to determine the similarity between predefined sentences and new sentences?
4
Are embeddings in multi-lingual language models comparable across languages?
4
Does summing up word vectors destroy their meaning?
6
Is Sanskrit still relevant for NLP/AI?
1
How to use speaker's information as well as text for fine-tuning BERT?