Can Artificial Being learn despite a lack of self-awareness?

While am thinking about the age of Artificial General Intelligence and Artificial SuperIntelligence , this question came into my mind. This Bell Labs blog post says:

"...where humanity is displaced by the self-aware robots that rule the world..."

Humans tend to have a sense of self (self awareness), and this works effectively at maturity. However, at the young stage, a human child lacks a sense of self, so the child is guided by the environment; learning from it as time goes on. Also at this same stage, the child faces some consequences, for example:

At the old stage (the natural being has grown up), its sense of self tries to generate its priorities, for example:

Here is my concern or point of view concerning artificial life:

Can an Artificial Being, lacking self-awareness, learn from its environment just like natural beings do?

Note: Any references/papers/theories will be appreciated.

Self-awareness is a category to describe individual behavior. Reducing intelligence to a soul of a person is equal to ignoring the environment and the games which are visible there. On the first look, Robinson Crusoe was self-aware, because he was on the island and he was able to pray to god. But reducing his life to his mental state is not sufficient to describe to actions of him. What Robinson Crusoe was doing is more then only philosophy, he had to play social games like getting food, making a boat, visit his island and so on. Can we call the hours in which Crusoe prayed to god and not doing his daily routine a waste of time? If somebody is meditating all day long about his life and eternity he is not very intelligent, because all the important things in life are postponed.

Sitting like a stone in the sun and doing nothing, only thinking can be done by everybody: humans, robots, animals and trees. The question is, if a human or an object can do more then only get self aware. Getting aware of social games and the rules which are outside of his own mind are a must have.

It is not necessary to connect consciousness with a neuromorphic architecture. There is no need for a robot to simulate the human-brain and to interact on sub-atomic level, because machines are able to exist without a body, for example in a computer memory. Mimicry biological intelligence is only one possibility to play games. The other is a standard-algorithm which can be described in a programming language. A chess program is an example, it is intelligent but it has no neural network.

Suppose somebody has written a working software program which can play Robocode and wins all the time. From the perspective of weak AI, the goal is reached: the AI plays the game and beats the opponents. From the perspective of Strong AI, this is not the end, but the beginning. The next step after the AI has won the game is to understand the other things. For example the person who has programmed the game. So the AI needs to evolve into a neuromorphic AI, which means, that it can do more then only thinking in abstract games, but to imitate the thinking process of a higher instance, for example of a human. This is the only way to get a physical connection with a brain computer interface to the next level. The AI can talk to a biological brain in their native language, that means on a sub-atomic level. 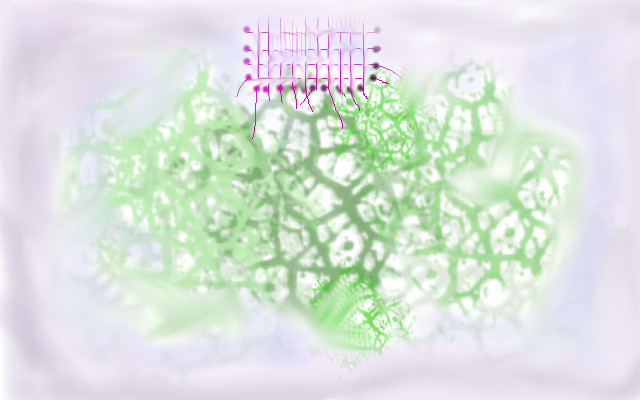 Not the answer you're looking for? Browse other questions tagged intelligent-agent reference-request sense self-awareness or ask your own question.

4
How can I design an AI that knows when its being spoken to?
4
Constraints of embedded Artificial Intelligence for a robot
2
Are AI algorithms capable of self-repair?
5
Self-driving control logic based on semantic segmentation
1
Are preemptive countermeasures indicated?
0
How can I systematically learn about the theory of neural networks?
2
How can I learn tensors for deep learning?