Is there any project or example for a software identifying cars?

Situation: I got multiple angle shots in high resolution from a car. I want the algorithm to tell me "This is a Mercedes SLK" or "This is a Toyota Prius". I got a lot of high resolution data to train such an algorithm, but I presume a simple "Put your data in TensorFlow and see what happens." is not enought.

I had stumbled upon Identifying cars using deep learning , but this is not what I meant.

It is a common misconception to assume that neural networks are able to learn car models. They don't, a neural networks needs a working model before it can learn anything, otherwise the state space is to big for determine the parameters. So the question is: how to create a model for vehicle identification which can be later used by the neural network?

The answer is called “stochastic graph grammar” and the idea is, that an object contains sub objects like the front of the car, the back, the side and so on. And the front can be small, big or middle. The grammar defines a language in which all the objects are fit into. In the gaming community, the reverse principle is used under the term “procedural generation of cars with a grammar”. And yes, the grammar works in both directions for recognizing and for producing car shapes. Such a graph grammar is usually generated manual in a software engineering process. It takes some man years for doing so. At the end, the grammar is a model, that means it is a template which can be used for general identification. 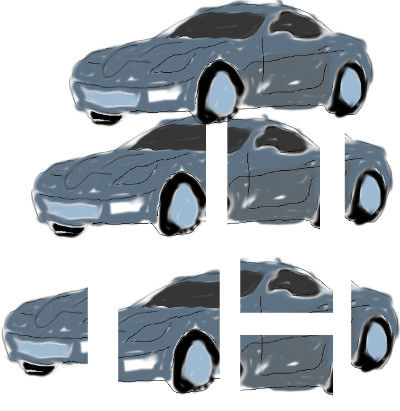 Not the answer you're looking for? Browse other questions tagged deep-learning convolutional-neural-networks image-recognition tensorflow or ask your own question.

10
A deep learning algorithm to optimize the outcome
2
How would AI prioritize situational ethics?
4
How to train for own dataset really really fast while debugging
3
Mountain car problem with images - not converging
1
Classifying non-labeled data with high dimensionality
7
Deep learning for bitmap tracing: extract simple svg paths from bitmaps