How to parse conjunctions in natural language processing?

By following the example below, how would I parse

I drink orange juice if its the weekend or if it's late and I'm tired.

I know when I hear the sentence that it means "its the weekend" OR ("it's late" AND "I'm tired"), but how could this be determined computationally? 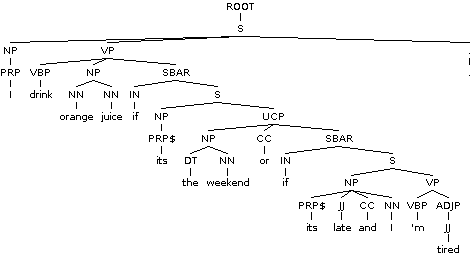 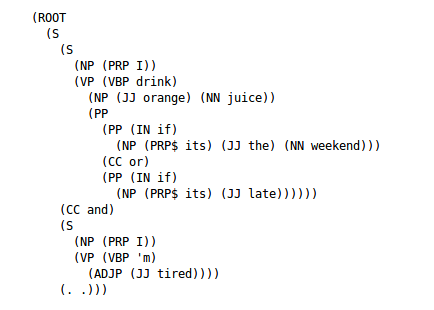