I was reading a machine learning book that uses probabilities like these:

I couldn't find what they are and how can I read and understand them?

Apart from the context, I saw one of these probabilities on it here: 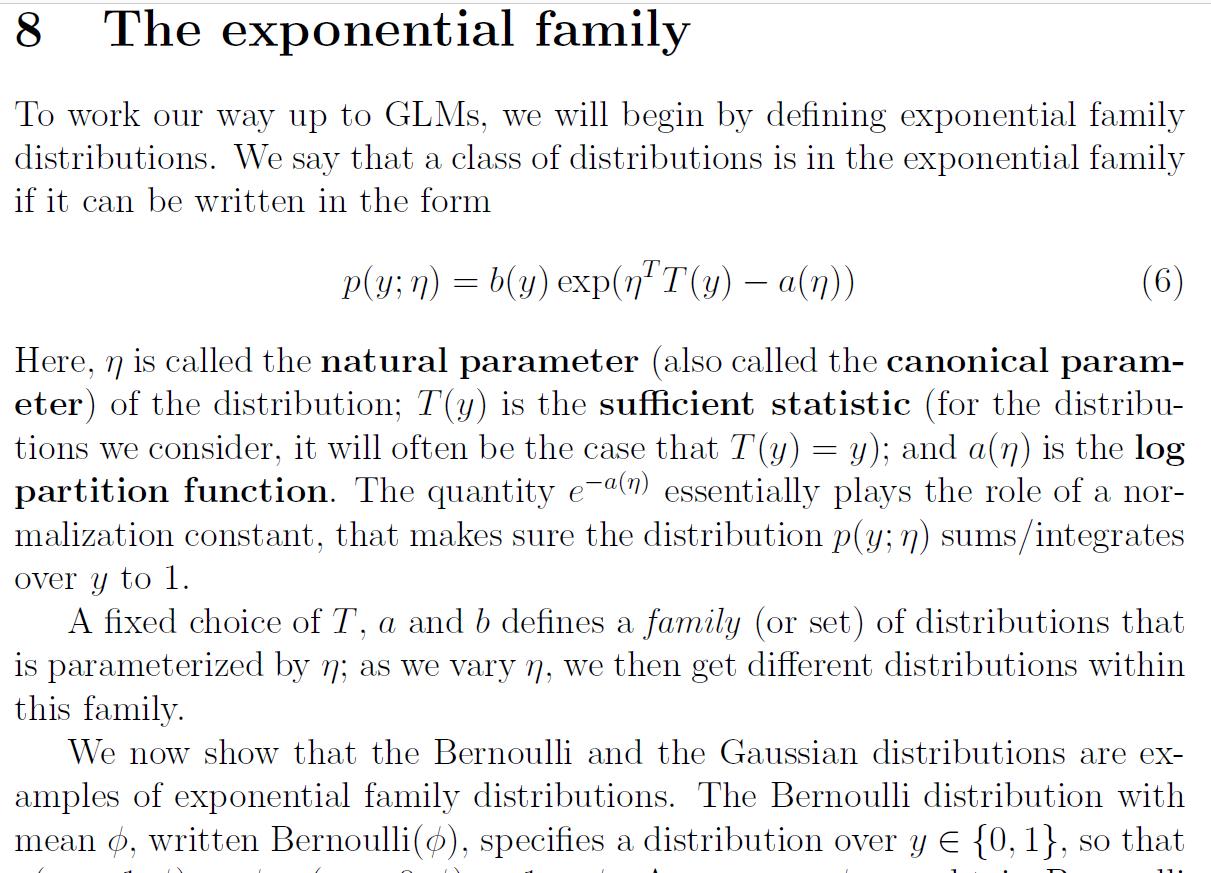 This means "Parameterized by".

First, we all agree on the idea of conditional probabilities:

That is, the probability that X happens given that we've seen Y happen, is the fraction of worlds in which Y happened that also contain X. This is uncontroversial.

If you're a frequentist, you might find notation like this unsettling, because parameters don't have probabilities under the frequentist view, but instead have fixed values. You could talk about the probability of observing the data under a particular parameterization by defining a family of parameterized probability density functions, and then writing something like $P(D;\theta)$. You might also do this as a Bayesian if you wanted to clearly differentiate between model parameters and other things you might observe.

$P(x;y)$ then is read as "The probability of x under probability density function P, parameterized by y."

$P(x;y,z)$ is "The probability of x under probability density function P, parameterized by y and z."

$P(x,y;z)$ is "The probability of x and y jointly, under probability density function P, parameterized by z."

You could also write something like $P(X|Y; z)$, which would be "The conditional probability of X given that we observe Y, under probability density function P, parameterized by z."

An example of the latter would be in something like logistic regression. We might wish to know $P(L | D ; \theta)$, where L is the label of the data, D are the features we observe, and $\theta$ are the coefficients of the regression.

Not the answer you're looking for? Browse other questions tagged machine-learning probability or ask your own question.

18
Are these two versions of back-propagation equivalent?
1
How do I combine two electromagnetic readings to predict the position of a sensor?
5
Which machine learning models are universal function approximators?
5
Are PAC learnability and the No Free Lunch theorem contradictory?
1
Why is probability that at least one hypothesis out of $k$ being consistent with $m$ training examples $k(1- \epsilon)^m$?
0
What are non-held-out data or non-held-out classes?
1
Can the addition of unnoticeable noise to images be used to create subliminals?
6
What are other examples of theoretical machine learning books?
2
Aren't scores in the Wasserstein GAN probabilities?