How does a single hidden layer affect output? [duplicate]

This seems fine, but what kind of representation does one hidden layer add? And how is the output of the network affected?

I've drawn a diagram of a multilayer perceptron with one hidden layer neuron. I used this same layout to solve a non-linearly separable problem. The single hidden layer node is inside the red square. Forgive my poor MS-Paint skills. 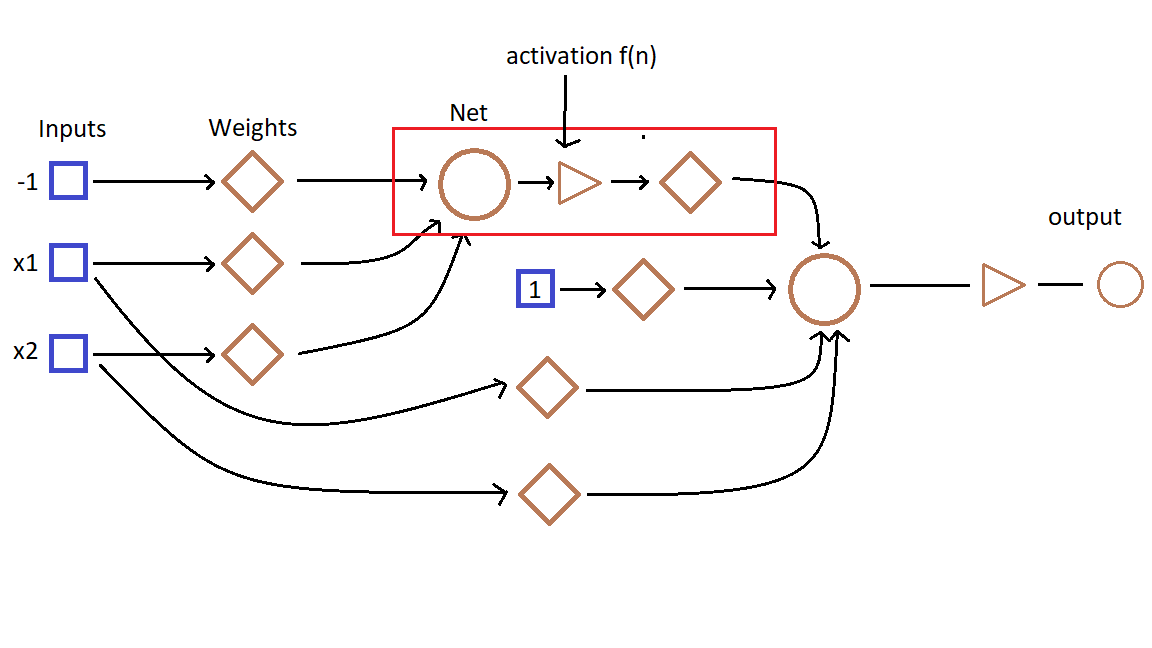 With an increasingly deeper network, we keep finding representations, which are new basis vectors of the combination of the previous layer's weights and biases, that is, higher-level representations.

If they're error-free, they'll give better performances, but if small errors creep in earlier basis vectors, the error increases through depth.

Not the answer you're looking for? Browse other questions tagged neural-networks machine-learning hidden-layers multilayer-perceptron or ask your own question.

6
What is the purpose of the hidden layers?

12
How does noise affect generalization?
8
Why does a one-layer hidden network get more robust to poor initialization with growing number of hidden neurons?
1
How does a single neuron in hidden layer affect training accuracy
6
Is this idea to calculate the required number of hidden neurons for a single hidden layer neural network correct?
6
Can a deep neural network be trained to classify an integer N1 as being divisible by another integer N2?
4
Is it expected that adding an additional hidden layer to my 3-layer ANN reduces accuracy significantly?
1
In a single neuron output layer should the output be a scalar?
2
Can the hidden layer prior to the ouput layer have less hidden units than the output layer?