Is an algorithm that is no longer actively learning an AI?

This question assumes a definition of AI based on machine learning, and was inspired by this fun Technology Review post: 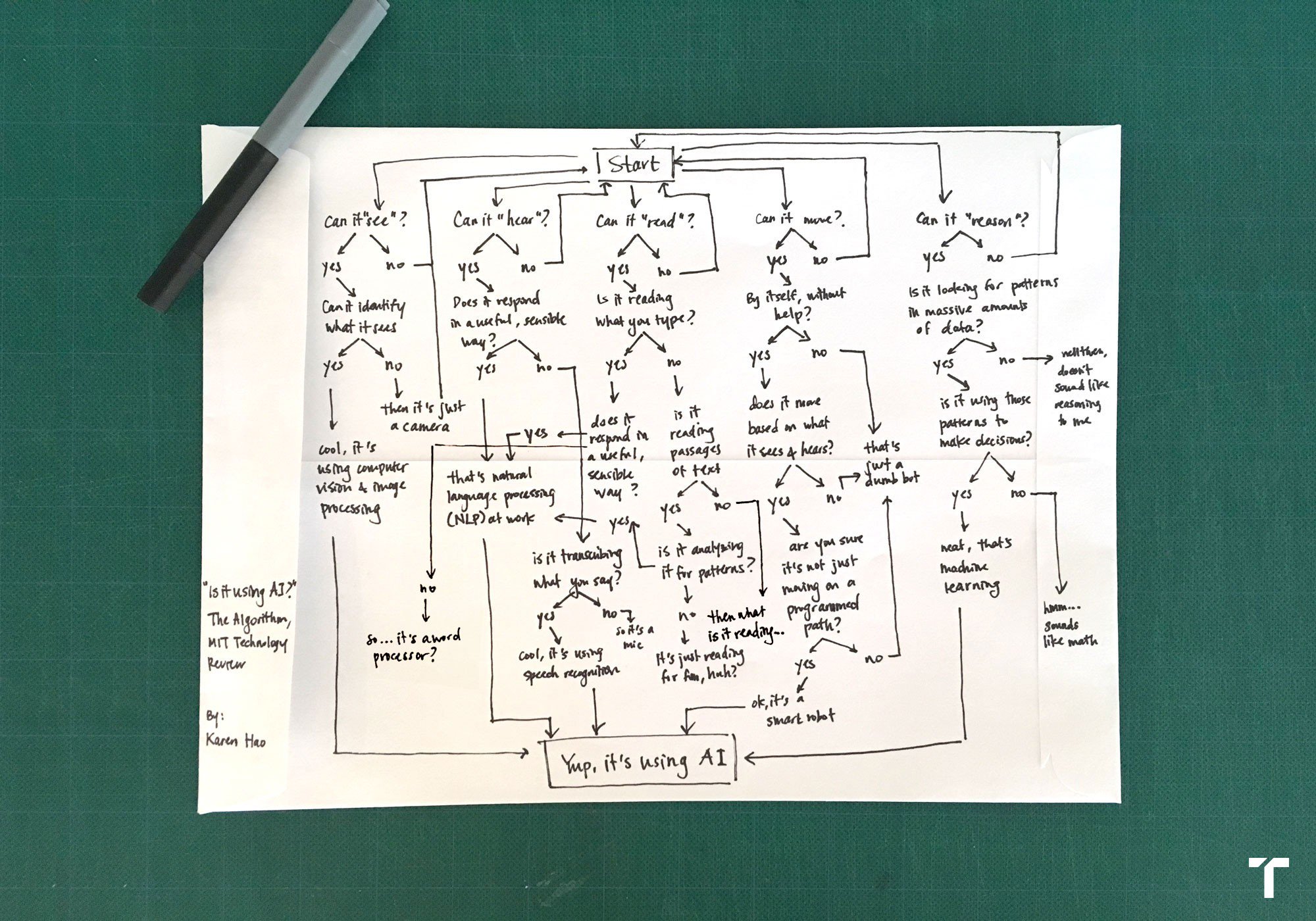 SOURCE: Is this AI? We drew you a flowchart to work it out (Karen Hao, MIT Technology Review)

As the definition of artificial intelligence has been a continual subject of discussion on this stack, I wanted to bring it to the community for perspectives.

The formal question here is:

Specifically, can applied algorithms that are not actively learning be said to reason?

In my view learning is a useful aspect of an AI system, which makes it more resilient towards a changing environment, but it is not a requirement. Early AI systems (Expert systems, theorem solvers) would usually not use learning algorithms, but had a fixed knowledge base.

It also works a lot better with numerical models than with symbolic processing; the proliferation of training data which boosts the most recent AI wave (which is based more on statistical and numerical methods) has made it somewhat necessary for modern systems to have a learning/training component.

However, one needs to distinguish between the initial training, which leads to a production system which then becomes fixed (and will not learn from new input) and those which have a learning component built in as an intrinsic part and will continue to adapt throughout their lifetime.

A cautionary example is Microsoft's "Tay" chatbot. This was still actively learning from conversations and was quickly abused by subjecting it to undesirable input. Switching off the learning component would have been prudent in this case, but it would not have taken the AI out of it.

So, to answer the question: learning is not a required part of an AI system once it is operational. While modern systems generally have some element of learning to build their initial models, older systems were simply hand-coded without any automated learning at all. But one would still regard them as AI system.

Not the answer you're looking for? Browse other questions tagged machine-learning terminology philosophy definitions .

12
Is a genetic algorithm an example of artificial intelligence?
2
What is the AI discipline where an algorithm learns from an initial training set, but then refines its learning as it uses that training?
5
What is the actual learning algorithm: back-propagation or gradient descent?
2
Is the definition of machine learning by Mitchell in his book "Machine Learning" valid?
4
What is machine learning?
3
What is a probability distribution in machine learning?
2
In the machine learning literature, what does it mean to say that something is "embedded" in some space?