How can I design a reinforcement learning model for a game with multiple complex actions taken at a time?

I have a steady hex-map and turn-based wargame featuring WWII carrier battles.

On a given turn, a player may choose to perform a large number of actions. Actions can be of many different types, and some actions may be performed independently of each other while others have dependencies. For example, a player may decide to move one or two naval units, then assign a mission to an air unit or not, then adjust some battle parameters or not, and then reorganize a naval task force or not.

Usually, boardgames allow players to perform only one action each turn (e.g. go or chess) or a few very similar actions (backgammon).

Here the player may select

How could I approach this problem with reinforcement learning? How would I specify a model or train it effectively to play such a game?

Here is a screenshot of the game. 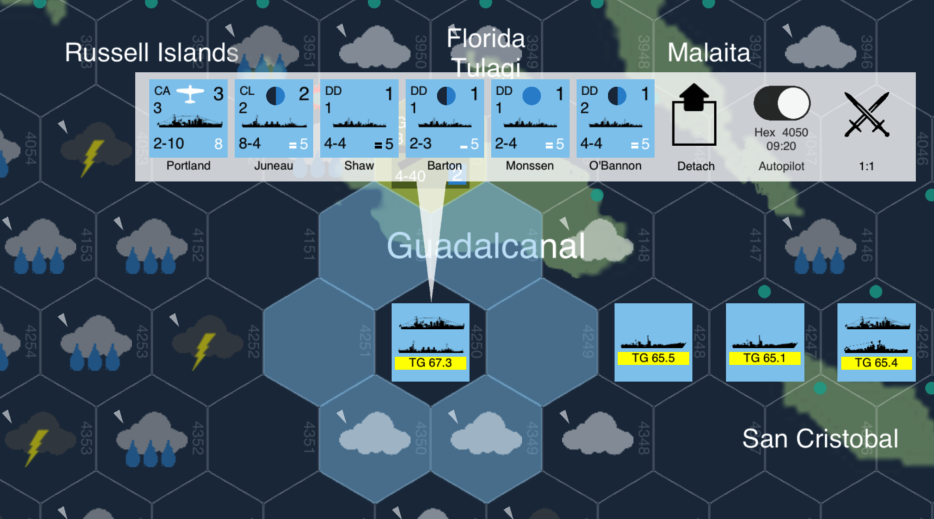 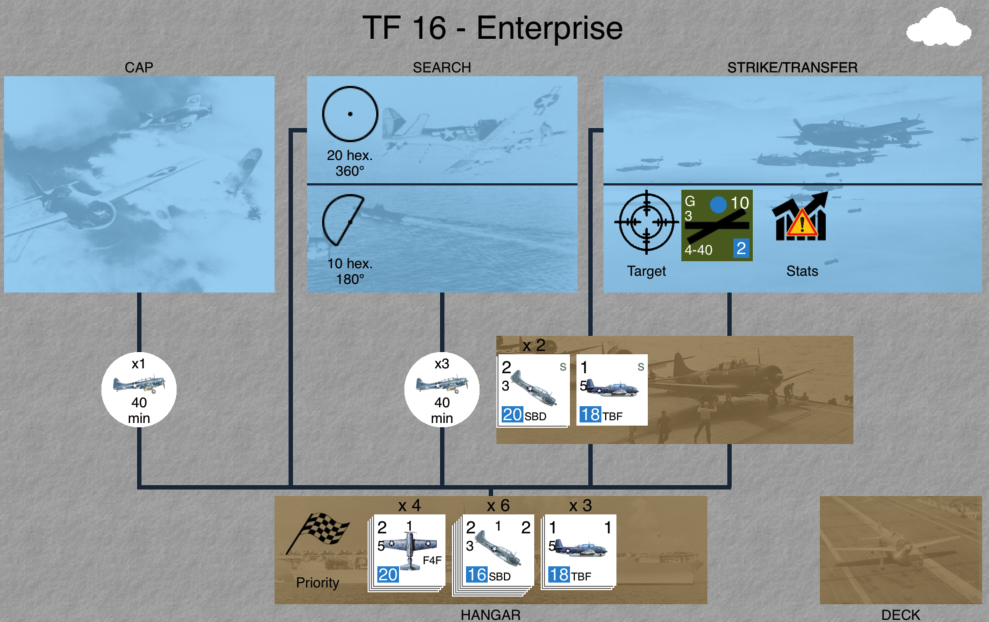 The master's thesis Action space representation in combinatorial multi-armed bandits (2015) seems to provide an answer to my question.

Several algorithms can be used

The idea is to divide and conquer.

Here's a screenshot of the HE algorithm from section 4.2.

One very popular RL algorithm that is capable of predicting multiple action outputs concurrently is Proximal Policy Optimization. In that algorithm, one or more, say $n$, tuples of outputs, $(\mu, \sigma)$, can be predicted at once (having $2*n$ output nodes), where each tuple is used to parameterize a Gaussian distribution from which a respective action value is sampled. The thus sampled action values are then applied in the simulation/game. By slightly modifying this procedure, this can of course also be applied to discrete action spaces equally well.

To get you started, multiple high-quality implementations of PPO are available for rapid prototyping, e.g. OpenAI baselines or stable-baselines.

Not the answer you're looking for? Browse other questions tagged reinforcement-learning game-ai monte-carlo-tree-search action-spaces hierarchical-rl .

3
How do I apply reinforcement learning to a game with infinitely many actions?
0
Is it possible to use a feed-forward neural network to predict the actions in reinforcement learning?
5
What is a simple game for validation of MCTS?
0
RL: What should be the output of the NN for an agent trying to learn how to play a game?
3
AlphaGo Zero: does $Q(s_t, a)$ dominate $U(s_t, a)$ in difficult game states?
1
RL: Encoding action conditioned on previous action
2
How to fight with unstability in self play?
0
How to approach a two-agent two-step action game?