Using NEAT, will the child of two parent genomes always have the same structure as the more fit parent?

I'm trying to implement the NEAT Algorithm using c#, based off of Kenneth O. Stanley's paper. On page 109 (12 in the pdf) it states "Matching genes are inherited randomly, whereas disjoint genes (those that do not match in the middle) and excess genes (those that do not match in the end) are inherited from the more fit parent."
Does this mean that the child will always have the exact structure that the more fit parent has? It seems like the only way the structure could differ from crossover was if the two parents were equally fit.

Yes, if you follow the original implementation the children will inherit the topology from the most fit parent.

Keep in mind that the goal is to obtain a good population, maintaining the genetic diversity high but at the same time selecting the best individuals from the population; so, in theory you are allowed to give the topology you prefer to the children. 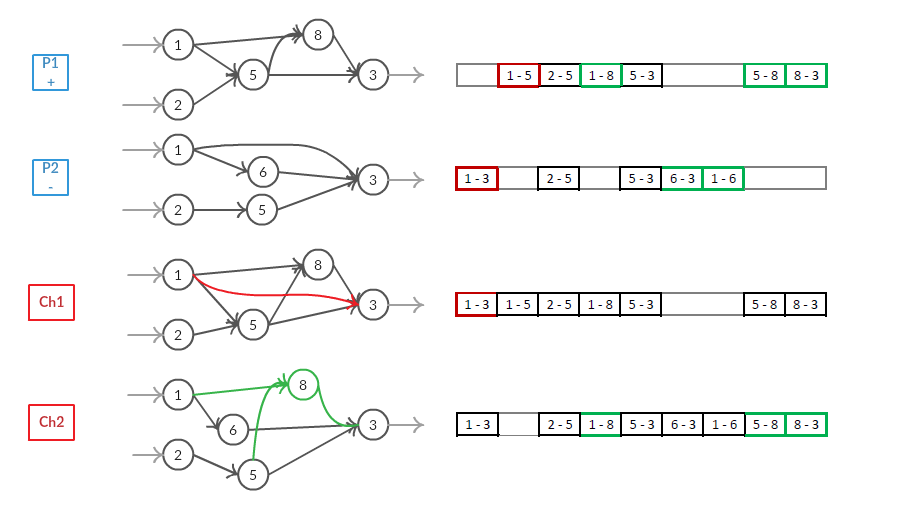 Not the answer you're looking for? Browse other questions tagged neural-networks genetic-algorithms neat .

6
What if the more fit parent has fewer nodes compared to the other, will the disjoint and excess genes be discarded?
2
Genetic Algorithm - creatures in 2d world are not learning
3
Will a neural network always predict the correct label if it sees the exact same input during training and testing?
2
How can non-functional neural networks be avoided when the crossover produces a child with a disabled gene?
2
How can a system recognize if two strings have the same or similar meaning?
6
In NEAT, is it a good idea to give the same ID to node genes created from the same connection gene?