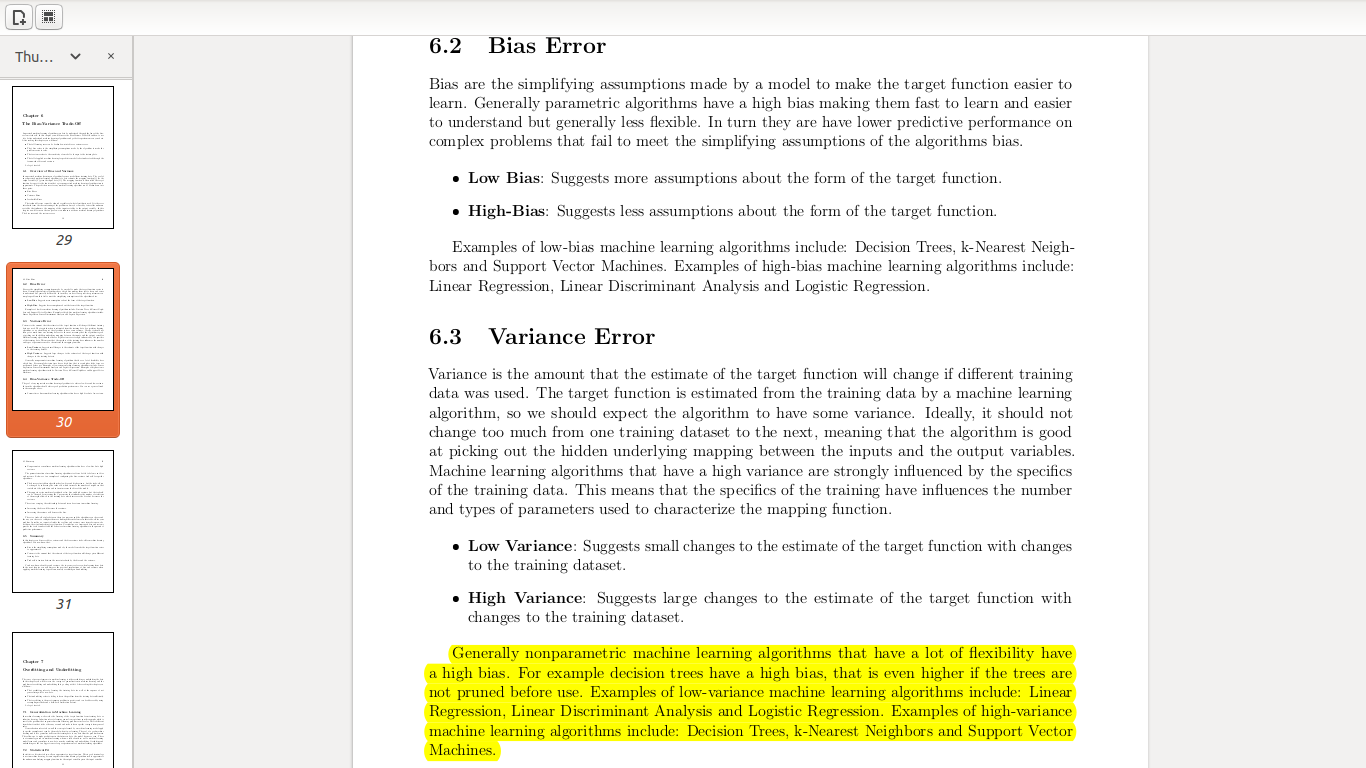 What this is talking about is how much a machine learning algorithm is good at "memorizing" the data. Decision trees, for their nature, tend to overfit very easily, this is because they can separate the space along very non-linear curves, especially if you get a very deep tree. Simpler algorithms, on the other hand, tend to separate the space along linear hyper surfaces, and therefore tend to under-fit the data and may not give very good prediction, but may behave better on new unseen data which is very different from the training data.

An algorithm's bias and variance can be thought of as its property, this can be tweaked with things that we call as hyperparameters, but every algorithm has its own set of assumptions that it makes which if fulfilled, the algorithm performs better.

On the other hand, Decision Trees can split the whole space into several hypercubes and based on which hypercube a datapoint is in, they classify that datapoint. KNNs on the other hand, use the neighbours of a datapoint and their types/properties to make predictions. Thus, a change in the positions of those datapoints will largely affect both the decision boundary(s) of both of these algorithms, and that is why they can be very easily overfitted and have a high variance.

Not the answer you're looking for? Browse other questions tagged machine-learning linear-regression statistical-ai decision-tree bias-variance-tradeoff or ask your own question.

1
Help with Novelty Recognition and Binary Classification for Emotion Recognition
4
How to implement SVM algorithm from scratch in a programming language?
4
Why is having low variance important in offline policy evaluation of reinforcement learning?
3
Why are traditional ML models still used over deep neural networks?
3
How does Monte Carlo have high variance?
6
What are the differences between transfer learning and meta learning?
2
What is the bias-variance trade-off in reinforcement learning?