What does it mean for AlphaZero's network to be “fully trained”

It uses language such as "the amount of training the network needs" and "fully trained" to describe how long they had the machine play against itself before they stopped training. They state training times such as 9 hours, 12 hours, and thirteen days for chess, shogi, and Go respectively. Why is there a point at which the training "completes?" They show plots of AlphaZero's performance on the Y axis (its Elo rating) as a function of the number of training steps. Indeed, the performance seems to level out as the number of training steps increases beyond a certain point. Here's a picture from that site of the chess performance vs training steps: 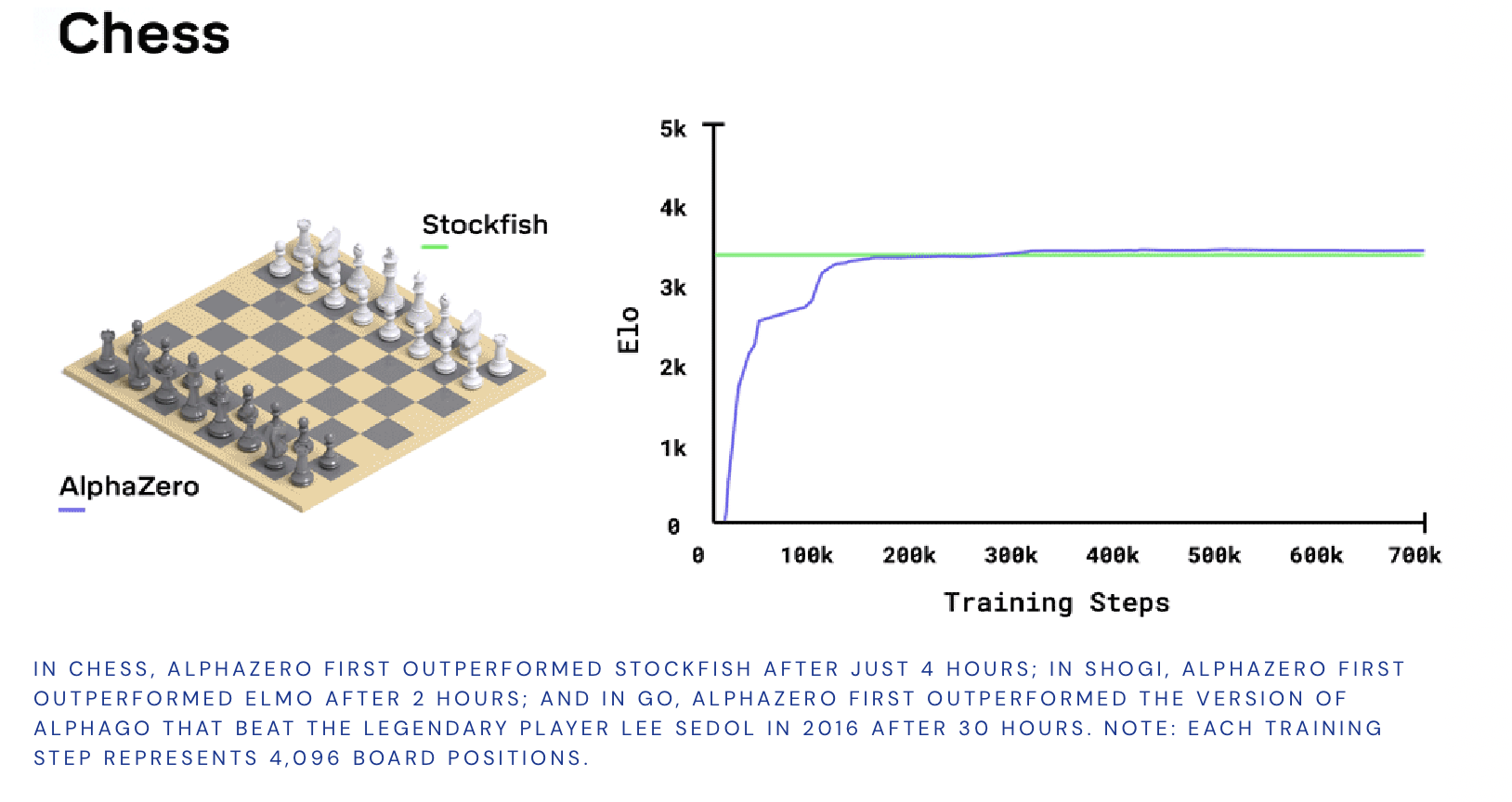 Notice how sharply the Elo rating levels off as a function of training steps.

Neural network will eventually reach limit of it's approximation power. You can't expect to learn more and more things infinitely long with the same amount of learnable parameters. Also, if you eventually reach optimal performance, you can't play more optimal than what optimal is (not saying that it reached optimal performance but possibly something close to optimal for it approximation abilities). So probably combination of those two leads for the performance increase to reach it's limit.

Not the answer you're looking for? Browse other questions tagged training alphazero or ask your own question.

4
How are LSTM's trained for text generation?
4
What part of the game is the value network trained to predict a winner on?
2
Influence of location on a Neural Network trained for parking detection occupancy
1
Training by one batch of examples, what does it mean
0
How does AlphaZero use its value and policy heads in conjunction?
4
What does end-to-end training mean?
0
What does it mean to train a model?
3
How does AlphaZero's MCTS work when starting from the root node?