What is the name of this neural network architecture with layers that are also connected to non-neighbouring layers?

Consider a feedforward neural network. Suppose you have a layer of inputs, which is feedforward to a hidden layer, and feedforward both the input and hidden layers to an output layer. Is there a name for this architecture? A layer feeds forward around the layer after it?

Here's a screenshot of a figure from the paper Deep Residual Learning for Image Recognition (2015), an important paper that shows the usefulness of these architectures.

Such a network could be either a Residual Network or a Highway Network depending upon the underlying architecture of the skip layers. They are primarily used to to tackle the problem of vanishing gradients in very deep networks by reusing activations from a previous layer and passing them to adjacent layers (two or three skips away).

$z$ acts as a Gating Function, which controls how much information is to be transmitted from a previous layer in the network. An additional weight matrix is used to estimate the skip weights. 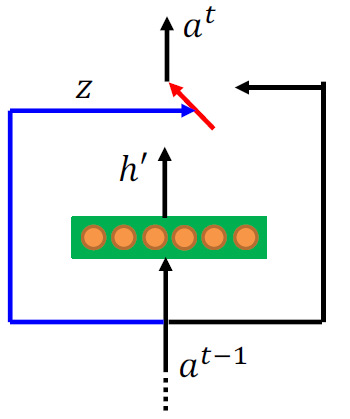 This architecture does not involve a Gate Controller. The shortcut connections are realized by adding the outputs of a previous layer to that of the connecting layer. 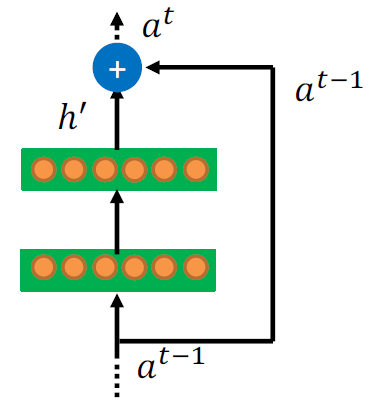 Not the answer you're looking for? Browse other questions tagged machine-learning terminology feedforward-neural-network residual-networks or ask your own question.

4
What is the significance of weights in a feedforward neural network?
7
Why aren't there neural networks that connect the output of each layer to all next layers?
2
Comparing and studying Loss Functions
15
Why would you implement the position-wise feed-forward network of the transformer with convolution layers?
1
What happens if I train a network for more epochs, without using early stopping?
4
Are Q values estimated from a DQN different from a duelling DQN with the same number of layers and filters?
2
What is the Preferred Mathematical Representation for a Forward Pass in a Neural Network?
1
What is the space complexity for training a neural network using back-propagation?