What is the difference between a receptive field and a feature map?

In a CNN, the receptive field is the portion of the image used to compute the filter's output. But one filter's output (which is also called a "feature map") is the next filter's input.

What's the difference between a receptive field and a feature map?

A feature map is the output of the convolution operation (performed by a convolutional layer).

When you apply a kernel $K_1$ to the input image $I$ (i.e. you perform the convolution operation with $K_1$), you produce one feature map $F_1$. We can denote this operation by $F_1 = I \circledast K_1$. Note that the convolution (or cross-correlation) can be seen as the multiplication of the kernel $K_1$ with different sub-regions of the image $I$. Each of these multiplications produces a scalar value of the feature map $F_1$.

Alternatively, you can think of a feature map as a collection/map of features produced by the kernel $K_i$ (hence the name feature map). In other words, $K_i$ extracts certain features from $I$. Another kernel $K_l$ may extract other features, and so on.

A receptive field is the portion of the input image that is/was used to compute the activation of a neuron (aka node) in a feature map.

So, we talk of "the receptive field of a neuron in a feature map". You can read this answer to understand more what a neuron in a convolutional layer is.

This illustration should summarise the descriptions above. 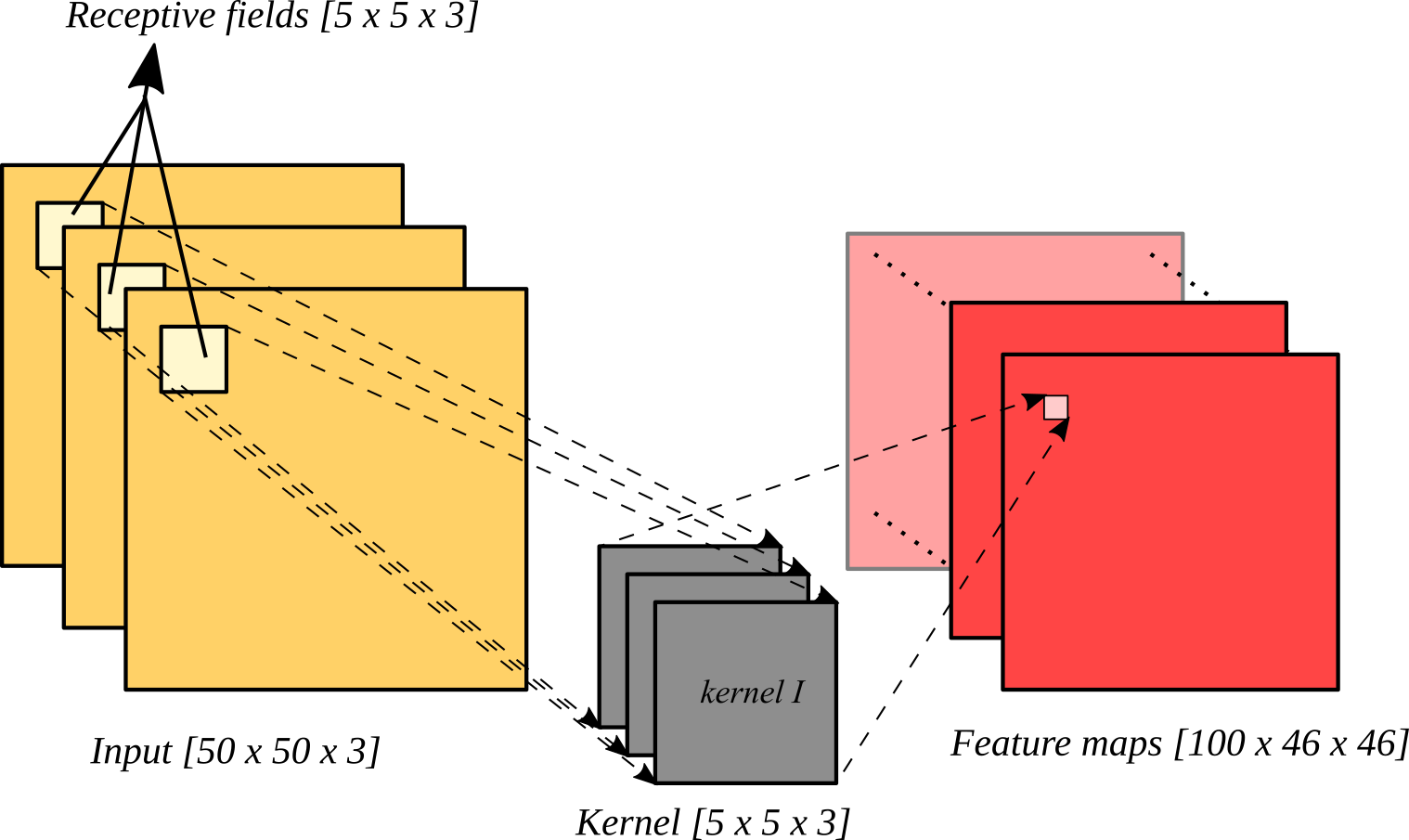 In the illustration above, a feature map is a 2-dimensional matrix of shape $46 \times 46$. There are $100$ feature maps (so $100$ kernels were convolved with the input image). The receptive field of a neuron (small pink square in the feature map) is a 3-dimensional sub-region of the image of shape $5 \times 5 \times 3$. Note that, in this case of a 2d-convolution, the kernel has the same depth as the input image (i.e. $3$).

4
Do convolutional neural networks perform convolution or cross-correlation?
5
Can neurons in MLP and filters in CNN be compared?
1
What is meant by sub-region of an image?